[This post is based on Anggarda Prameswari’s Information Sciences MSc. Thesis]

For her M.Sc. Project, conducted at the Netherlands Institute for Sound and Vision (NISV), Information Sciences student Anggarda Prameswari (pictured right) investigated a local crowdsourcing application to allow NISV to gather crowd annotations for archival audio content. Crowdsourcing and other human computation techniques have proven their use for collecting large numbers of annotations, including in the domain of cultural heritage. Most of the time, crowdsourcing campaigns are done through online tools. Local crowdsourcing is a variant where annotation activities are based on specific locations related to the task.

Anggarda, in collaboration with NISV’s Themistoklis Karavellas, developed a platform called “Elevator Annotator”, to be used on-site. The platform is designed as a standalone Raspberry Pi-powered box which can be placed in an on-site elevator for example. It features a speech recognition software and a button-based UI to communicate with participants (see video below).

The effectiveness of the platform was evaluated in two different locations (at NISV and at Vrije Universiteit) and with two different modes of interaction (voice input and button-based input) through a local crowdsourcing experiment. In this experiments, elevator-travellers were asked to participate in an experiment. Agreeing participants were then played a short sound clip from the collection to be annotated and asked to identify a musical instrument.

The results show that this approach is able to achieve annotations with reasonable accuracy, with up to 4 annotations per hour. Given that these results were acquired from one elevator, this new form of crowdsourcing can be a promising method of eliciting annotations from on-site participants.

Furthermore, a significant difference was found between participants from the two locations. This indicates that indeed, it makes sense to think about localized versions of on-site crowdsourcing.

The Netherlands Institute for Sound and Vision (NISV) archives Dutch broadcast TV and makes it available to researchers, professionals and the general public. One subset are the Polygoonjournaals (Public News broadcasts) that are published under open licenses as part of the OpenImages platform. NISV is also interested in exploring new ways and technologies to make interaction with the material easier and to increase exposure to their archives. In this context, Rudy explored two options.

One part of the research was the autonomous colorization of old black-and-white video footage using Neural Networks. Rudy used a pre-trained NN (Zhang et al 2016) that is able to colorize black and white images. Rudy developed a program to split videos into frames, colorize the individual frames using the NN and then ‘stitch’ them back together into colorized videos. The stunning results were very well received by NISV employees. Examples are shown below.

In the other part of his research, Rudy investigated to what extent the existing news broadcast corpus, with a voice-overs from the famous Philip Bloemendal  can be used to develop a modern text-to-speech engine with his voice. To do so he have mainly focused on natural language processing and the determination to what extent the language used by Bloemendal in the 1970s is still comparable enough to contemporary Dutch.

Rudy used precompiled automatic speech recognition (ASR) results to match words to sounds and developed a slot-and-filler text-to-speech system based on this. To increase the limited vocabulary, he implemented a number of strategies, including term-expansion through the use of Open Dutch Wordnet and smart decompounding (this mostly works for Dutch, mapping ‘sinterklaasoptocht’ to ‘sinterklaas’ and ‘optocht’. The different strategies were compared to a baseline. Rudy found that a combination of the two resulted in the best performance (see figure). For more information: 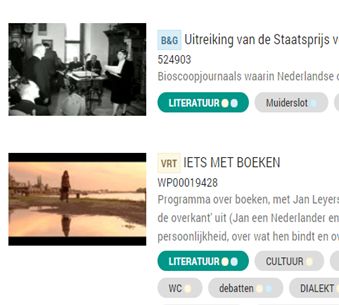 As audiovisual archives are digitizing their collections and making these collections available online, the need arises to also establish connections between different collections and to allow for cross-collection search and browsing. Structured vocabularies can be used as connecting points by aligning thesauri from different institutions. The project “Gemeenschappelijke Thesaurus voor Uniforme Ontsluiting” was funded by the Taalunie -a cross-national organization focusing on the Dutch language- and executed by the Netherlands Institute for Sound and Vision and the Flemish VIAA archive. It involved a case study where partial collections of the two archives were connected by aligning their thesauri. This involved the conversion of the VRT thesaurus to the SKOS format and linking it to Sound and Vision’s GTAA thesaurus. 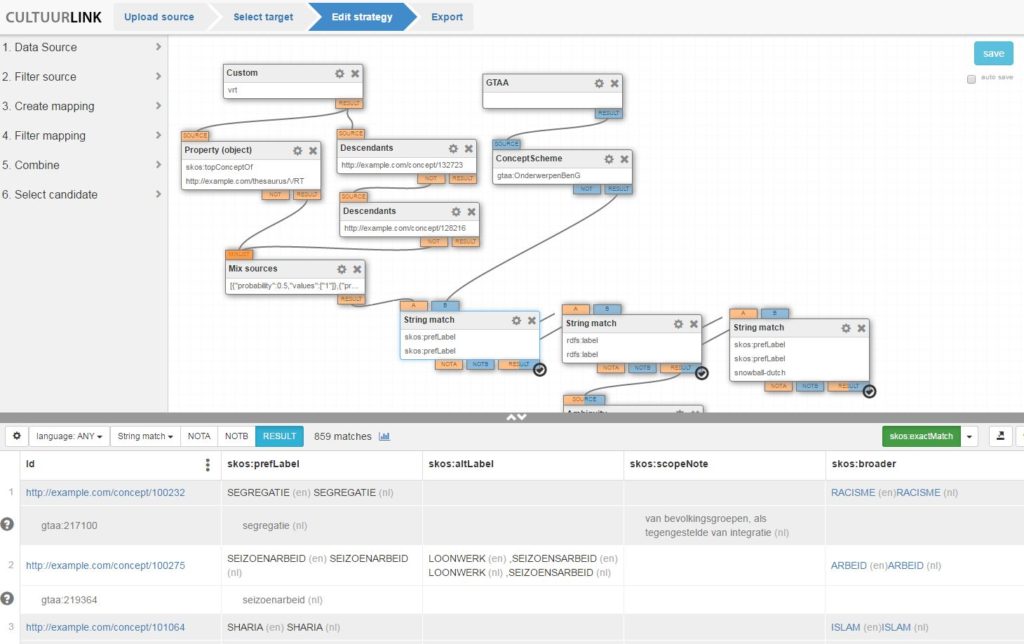 The interactive alignment tool CultuurLINK, made by Dutch company Spinque was used to align the two thesauri (see the screenshot above).

The links between the collections can be explored using a cross-collection browser, also built by Spinque. This allows users to search and explore connections between the two collections. Unfortunately, the collections are not publicly available so the demonstrator is password-protected, but a publicly accessible screencast (below) shows the functionalities.

The full report can be accessed through the VIAA site. There, you can also find a blog post in Dutch.

Update: a paper about this has been accepted for publication: 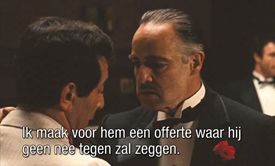 Our paper  “Evaluating Unsupervised Thesaurus-based Labeling of Audiovisual Content in an Archive Production Environment” was accepted for publication in the International Journal on Digital Libraries (IJDL). This paper, co-authored with Roeland Ordelman and Josefien Schuurman reports on a series of information extraction experiments carried out at the Netherlands Institute for Sound and Vision (NISV). Specifically, in the paper we report on a two-stage evaluation of unsupervised labeling of audiovisual content using subtitles. We look at how such an approach can provide acceptable results given requirements with respect to archival quality, authority and service levels to external users.

For this, we developed a text extraction pipeline (TESS), pictured here which extracts key terms and matches them to the NISV thesaurus, the GTAA. This journal paper is an extended version of the paper previously accepted at the TPDL conference and here provide an analysis of the term extraction after being taken into production, where we focus on performance variation with respect to term types and television programs. Having implemented the procedure in our production work-flow allows us to gradually develop the system further and to also assess the effect of the transformation from manual to automatic annotation from an end-user perspective.

The paper will appear on the Journal site shortly. A final draft version of the paper can be found here: deboer_ijdl2016evaluating_draft [PDF].